The  pathophysiology of diabetes is related to the levels of insulin within the body, and the body’s ability to utilize insulin. There is a total lack of insulin in type 1 diabetes, while in type 2 diabetes, the peripheral tissues resist the effects of insulin.
Normally, the pancreatic beta cells release insulin due to increased blood glucose concentrations. The brain in order for normal functions to occur continually requires glucose.
Hypoglycemia, or low plasma glucose levels, is usually caused by drugs used in the treatment of diabetes, including insulin and oral antihyperglycemics.
The pathophysiology of diabetes involves plasm concentrations of glucose signaling the central nervous system to mobilize energy reserves. It is based on cerebral blood flow and tissue integrity, arterial plasma glucose, the speed that plasma glucose concentrations fall, and other available metabolic fuels.
Low plasma glucose causes a surge in autonomic activity. Diagnosis of hypoglycemia requires verification of low plasma glucose levels. Immediate treatment is the intake of glucose.
The responses to hypoglycemia include decreased insulin secretion, increased secretion of glucose counter-regulatory hormones such as glucagon and epinephrine, a greater sympathoadrenal response, related symptoms, and finally, cognitive dysfunction, seizures, or coma.
Late hypoglycemia of occult diabetes may develop in some patients with impaired glucose tolerance, or early type 1 or type 2 diabetes. After a high-carbohydrate meal, the patient experiences hypoglycemia. 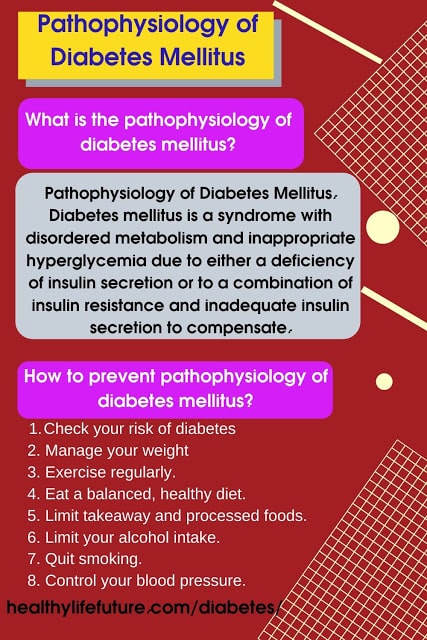 Pathophysiology
The epidemiology and pathophysiology of diabetes have been discussed in previous chapters, as were the major complications of retinopathy, neuropathy, and nephropathy.
Similar mechanisms underlie complications stemming from the diabetic foot, including ulceration, gangrene, ischemia, and, ultimately, amputation. Although glycemic control is imperative in diabetes, it is not sufficient to eliminate complications of the diabetic foot.
Furthermore, it is important for clinicians to be aware of the etiologic triad leading to diabetic foot complications (i.e., neuropathy, ischemia, and infection) and to recognize that these may occur in isolation but more frequently occur in combination with one another.

The neuropathy stemming from diabetes mellitus has multiple manifestations within the diabetic foot because it encompasses sensory, motor, and autonomic fibers. Sensory neuropathy affects small-diameter pain and temperature fibers first, and susceptibility to injury is increased because these patients are less sensitive to pressure-related trauma and other minor skin injuries. Motor neuropathy affects the longer fibers that innervate the foot, including intrinsic foot muscles and leg muscles.
Atrophy, or muscle wasting, in the intrinsic foot muscles allows the strong flexor muscles to draw up the toes in a “clawed” position, and new pressure points emerge at the tips of the toes and the prominent metatarsal heads. Limited joint mobility and rigidity from glycation of scleral proteins exacerbates the situation by further changing the normal weight distribution on the foot.
Lastly, autonomic neuropathy causes the skin to become dry through loss of sweat and apocrine gland function. The resulting dry, scaly skin has a markedly increased susceptibility to skin breakdown and fissures, thus creating a portal of entry for bacteria. Additionally, diabetic patients can have a blunted neuroinflammatory response and thus are missing a crucial component of the body’s natural first-line defense against pathogens.

Diabetic patients typically have an altered response to infectious processes owing to defects in their host immune defense system. Moreover, wound healing is delayed in diabetic patients as a result of abnormal cellular and inflammatory pathways involving fibroblasts, neutrophils, and advanced glycation end products (AGEs).
Glycation is a nonenzymatic chemical reaction whereby sulfhydryl protein linkages are replaced by glucose, causing impairment in normal cellular and tissue functions.
AGEs increase the stiffness of precapillary vessel walls and contribute to the development of diabetic microangiopathy.
Additionally, the presence of neuropathy and ischemia can potentiate the infectious process. The loss of protective sensation from neuropathy leads to unrecognized injury and secondary infection.
Ischemia results in poor healing, blunts the inflammatory response, and may lead to inadequate tissue levels of antimicrobial agents.

Much progress has been made in identifying the cause of ischemia in the lower extremities of diabetic patients, and results have challenged long-standing misconceptions in the literature and in the medical community at large.
It is imperative that practitioners continue to reject the “small-vessel disease” theory related to occlusions of the microcirculation, as espoused by a single histologic study in 1959, and instead embrace the notion that ischemia results from both atherosclerotic macrovascular disease and microcirculatory dysfunction. Diabetic patients typically suffer from tibial and peroneal arterial disease with sparing of the foot arteries, especially the dorsalis pedis and its branches
Research has shown that diabetes causes structural and functional changes within the arteriolar and capillary systems, notably thickening of the basement membrane. In spite of the thickened capillary basement membrane, there is no decrease in capillary luminal diameter. A thickened membrane impairs the migration of leukocytes and hampers the normal hyperemic or vasodilatory response to injury, thus simultaneously increasing the susceptibility to injury while blunting the typical manifestations of such an injury.
Overall, this dysfunction of the microcirculation in diabetic patients creates a functionally ischemic foot despite conditions that would otherwise allow normal blood flow in healthy patients.
Besides causing specific structural changes in the microcirculation, diabetes also causes a compromise in the overall biology of the foot. Diabetes causes an undesirable shift in the natural balance that exists between stress/ulceration and resistance to stress/ulceration. Thus, the diabetic foot is more prone to ulceration from the repetitive low-intensity stress of normal weight bearing.
The presence of neuropathy may necessitate revascularization under conditions of perfusion that would not require revascularization in the absence of neuropathy and is often described as neuroischemia. Because of the compromise caused by this neuroischemia, the diabetic foot requires even more perfusion than usual to resist ulceration or respond appropriately to injury.

In this condition the immune system attacks and destroys the insulin producing beta cells of the pancreas. There is beta cell deficiency leading to complete insulin deficiency. Thus is it termed an autoimmune disease where there are anti insulin or anti-islet cell antibodies present in blood. These cause lymphocytic infiltration and destruction of the pancreas islets. The destruction may take time but the onset of the disease is rapid and may occur over a few days to weeks.
There may be other autoimmune conditions associated with type 1 diabetes including vitiligo and hypothyroidism. Type 1 diabetes always requires insulin therapy, and will not respond to insulin-stimulating oral drugs. 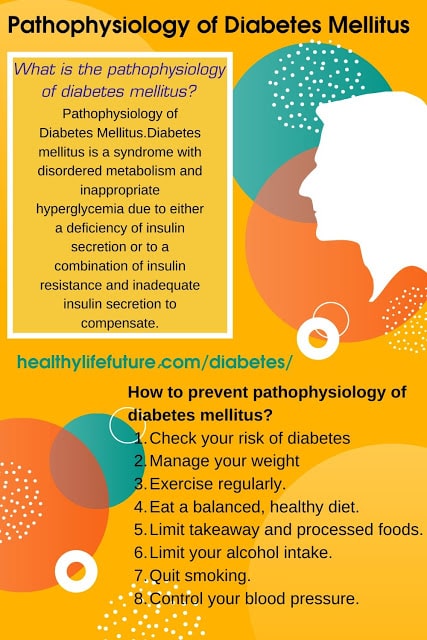